Q: What’s the difference between Gateway EUI and Gateway ID?

Q: When do I need to use Frequency-Sync?

Q: What is localhost?

Q: Why do some destinations like Loriot, TTN, ChirpStack require to disable all other packet forwarders?

Q: How many can be configured for multiple destinations? Will it be forwarded to all Network Servers at the same time?

A: 5; if there is no TTN, Loriot, ChirpStack, etc., which needs to disable all other packet forwarders, it can be forwarded to a maximum of 5 Network Servers. 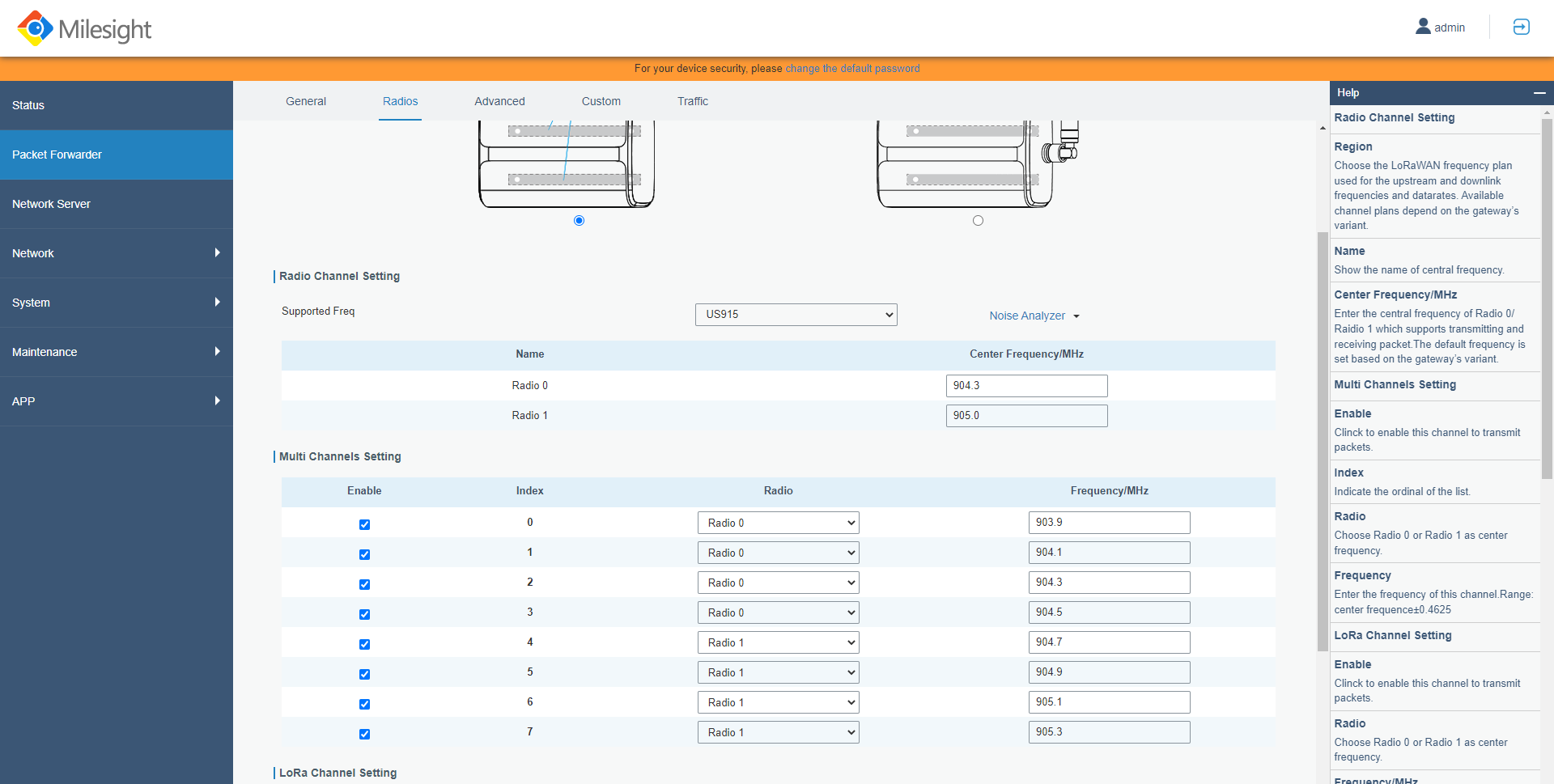 Q: Why there are 4 radios but only 2 antennas?

Q: What is the centre frequency? Why should I configure it?

A: Both LoRa and FSK are wireless signal modulations. Our gateway supports only enabling FSK or LoRa modulation. Same as the channel, a modulation modem configures a LoRa module/chip.

A: The greater the  BW, the weaker the anti-interference ability; the greater the SF, the greater the sensitivity. SF12 can solve package down to -20dB SNR, but it is easy to be hit or interfered, because the air time is too long. So as long as the distance allows, the smaller SF the better. 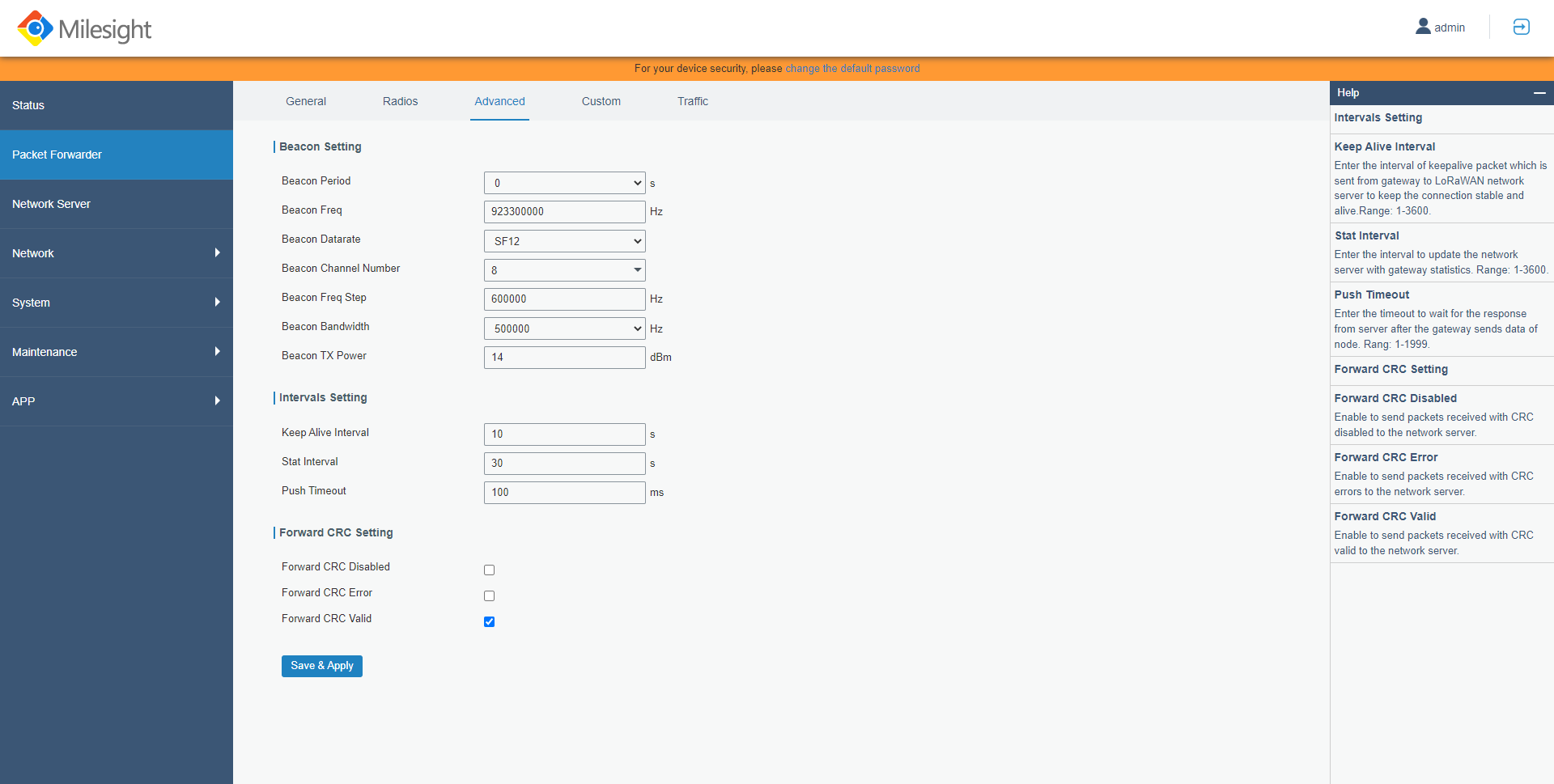 Q: Whose Keep Alive Interval is this?

A: It is the Keep Alive interval of the gateway packet forwarder reporting to Network Server, similar to MQTT heartbeat package.

Q: What is the meaning of the check of CRC setting?

A: Every LoRa packet will go through a CRC check when it is received in the packet forwarder. By default, no matter the forwarding check succeeds or fails, all packets will be forwarded. 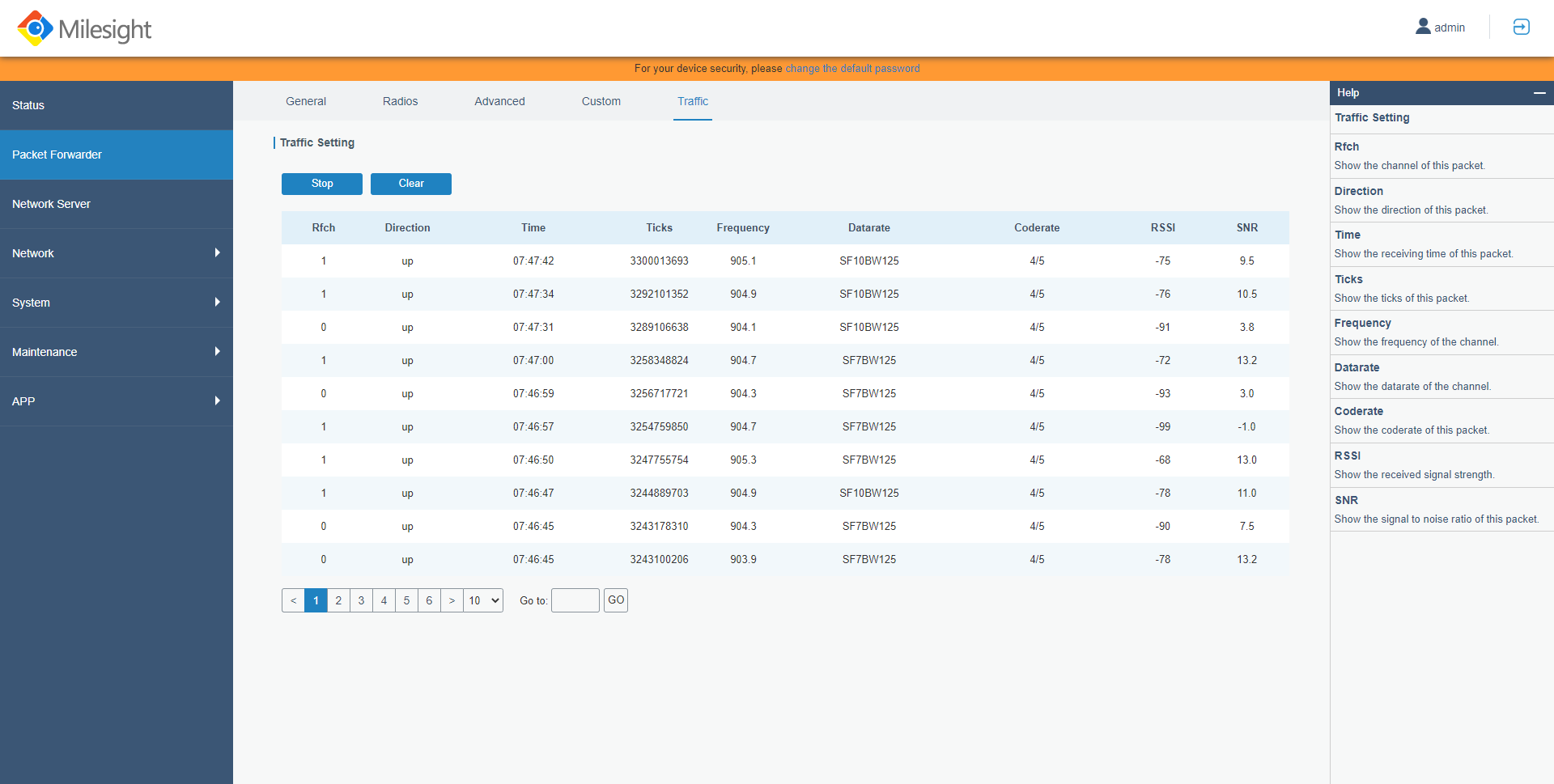 Q: What is the difference between Traffic and Packets in Network Server?

A: The Traffic in Packet Forwarder records all the air packets received by the antenna of the gateway, and it does not necessarily belong to which Network Server, or even your device. Unlike the packets of Network Server, the content of the data cannot be seen here because it is encrypted by LoRa. In addition to the received packets, you can also see the data packets sent by the gateway chip, but they are also encrypted and the content cannot be observed.

H
Harry is the author of this solution article.

Did you find it helpful? Yes No

Send feedback
Sorry we couldn't be helpful. Help us improve this article with your feedback.